Latin cuisine has been shaped by encounters with many different cultures from all over the world. Spanish colonization of the Caribbean and South America, the introduction of slavery, and immigration from China and Japan, combined with indigenous cuisines have created many different takes on Latin cuisine that we experience now. It is a fusion of local ingredients and global influence that makes it so unique. Tostones are flattened and fried green plantains that find their origins in Africa. Rice became more popular with the arrival of Chinese immigrants. A tortilla in Cuba has much more in common with one from Spain than one from Mexico as it is a simple egg omelet rather than made of flour or corn. Their proximity to water meant an abundance of seafood is used and ceviche is often thought of as a popular Peruvian dish. Pernil (roast pork) and stews with chicken or beef were popular in Cuba and Brazil respectively. No matter your preference, these hearty meals are sure to satisfy even the hungriest member of your team.

Catering doesn't have to be a hassle. At CaterCow, we make it easy for you to find the perfect catering package for any occasion. With delicious Latin cuisine options and convenient online ordering, we take the stress out of event planning so you can enjoy your guests. 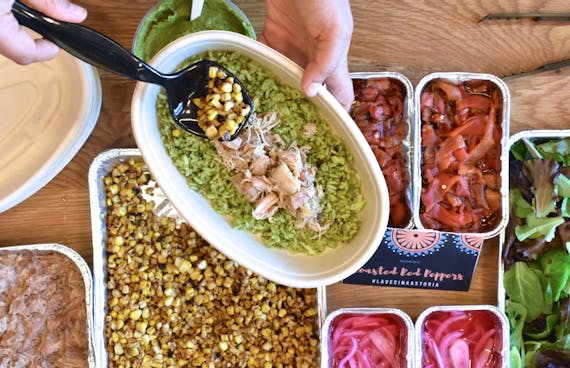 When it comes to Latin cuisines, there are big differences between Mexican food and other types of Latin American cuisine. Cuban, Peruvian and Brazilian food may share some similarities in terms of ingredients and even the names of some dishes, but the style, preparation and flavor profile is different. Mexican cuisine often puts an emphasis on spice and peppers, while Latin cuisine generally has less spice and fewer fried dishes. Also, be aware that sides like rice and beans can be cooked in pork fat or chicken stock in Latin American cuisine, so vegetarians and vegans need to be cautious when ordering. 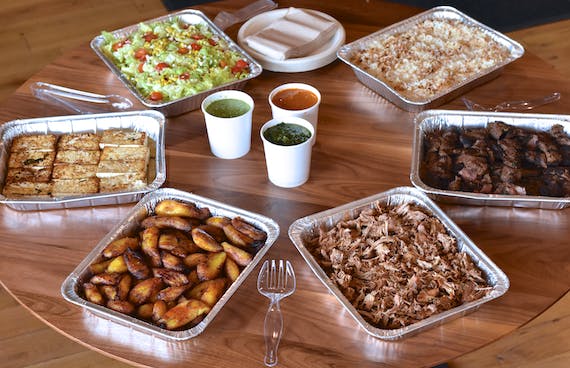 I don't know what to order. What is most popular?

There are a few staple dishes that are popular in many countries across the world. However, the most popular dishes will vary depending on what country the restaurant you're ordering from specializes in. For example, some of the most popular Cuban dishes include pernil and beef stew. Meanwhile, in Peru, some of the most popular dishes include pollo a la brasa (rotisserie chicken) and lomo saltado (stir-fried steak with onions and fries). And in Brazil, stroganoff, stews, and rotisserie meats are all excellent choices. 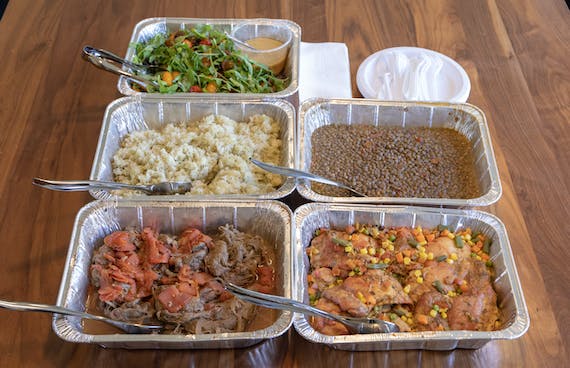 If you're planning on catering a buffet-style meal, it's important to order enough food for 10-15% more people than you expect to attend. Overestimating the amount of food needed is better than running out, and no one wants to see empty plates at a buffet! Restaurants often portion their dishes according to a specific number of guests, so if people take more than they should, it could mean that others go without.

What goes well with Cuban, Peruvian, and Latin Buffet?

...more There are many delicious sides that can accompany Latin cuisine, such as rice and beans, tostones, and sweet plantains. While Latin cuisine is typically quite meaty, many restaurants will also offer salads and other vegetable side dishes to accommodate all diners.

Are there vegan and vegetarian options available for Cuban, Peruvian, and Latin Buffets?

...more Yes! While the cuisine does place a heavy emphasis on meats, many restaurants have augmented their menus to make sure that vegan and vegetarian diners are not left out. If you would like to know if a dish is vegan or vegetarian, just look for the (V) or (VG) indicator next to each item.

...more While not every dish can be make gluten-free, you can find out which items on any menu are gluten-free by looking for the (GF) indicator next to each item.

What ingredients are in Cuban, Peruvian, and Latin Buffet?