As the world continues to become more interconnected, Latin cuisine has become increasingly popular. This fusion style of cooking combines the best of local ingredients with global influences to create unique and delicious dishes. Tostones, for example, are a popular dish that originated in Africa. They are made by flattening and frying green plantains. Rice also became more popular with the arrival of Chinese immigrants. And tortillas in Cuba have more in common with those from Spain than Mexico, they are simple egg omelets rather than flour or corn-based. Being near water also means that seafood is often used in Latin cuisine, as seen in the popular Peruvian dish ceviche. Other popular dishes include pernil (roast pork) and stroganoff stews with chicken or beef, which are popular in Cuba and Brazil respectively. Latin cuisine truly has something for everyone and individually-packaged Latin meals are sure to satisfy the unique palates of all of your guests.

Planning an event? Let CaterCow take the hassle out of catering. We make it easy to find delicious Latin cuisine options and convenient online ordering. So you can enjoy your guests... without the stress! 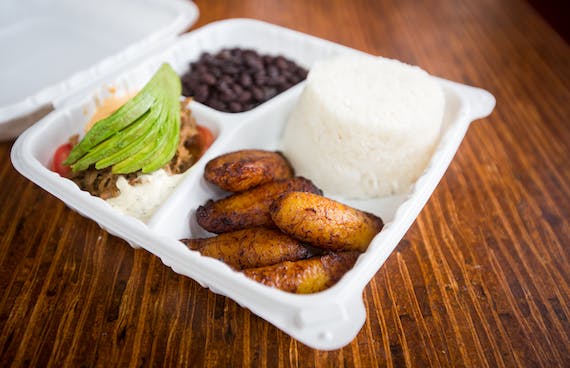 Don’t confuse Latin cuisines like Cuban, Peruvian or Brazilian with Mexican! While they may share a lot of similarities including ingredients and even the names of some dishes, their style of preparation and flavor profile is different. Mexican tends to put an emphasis on spice and peppers while Latin cuisine has less spice. Frequently, even sides like rice and beans will be cooked in pork fat or chicken stock so be on the lookout for your vegans and vegetarians! 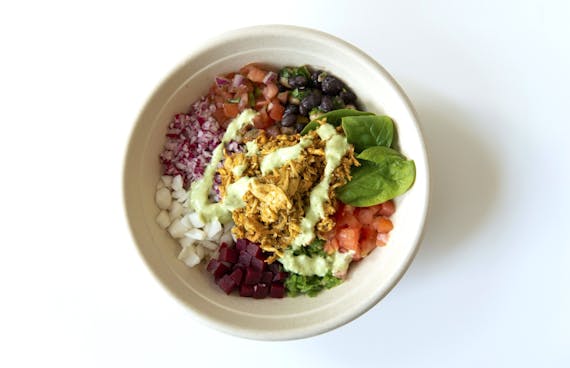 I don't know what to order. What is most popular?

When it comes to finding the most popular dishes at a restaurant, it really varies based on what cuisine the establishment specializes in. For example, some of Cuba's most beloved dishes include pernil (a slow-roasted pork dish) and beef stew. If you're in Peru, pollo a la brasa (rotisserie chicken) and lomo saltado (stir-fried steak with onions and fries) are two of the nation's favorites. And in Brazil, stroganoff, stews, and rotisserie meats are all excellent choices.

Even though the restaurant will individually package each meal, we still recommend ordering a few extra meals! You never know when someone might show up unexpectedly at the office. With our group order poll, you can easily add extra meals at checkout before placing your order.

Are there vegan and vegetarian options available for Cuban, Peruvian, and Latin Individually-Packaged Meals?

...more Yes! While the cuisine does place a heavy emphasis on meats, many restaurants have augmented their menus to make sure that vegan and vegetarian diners are not left out. If you would like to know if a dish is vegan or vegetarian, just look for the (V) or (VG) indicator next to each item.

...more While not every dish can be make gluten-free, you can find out which items on any menu are gluten-free by looking for the (GF) indicator next to each item.

What goes well with Cuban, Peruvian, and Latin Individually-Packaged Meals?

...more If you're looking for tasty sides to go with your Latin cuisine, look no further than rice and beans or tostones and sweet plantains. While Latin cuisine is typically heavy on the meat, many restaurants will also offer salads and other vegetable sides to accommodate all diners.

What ingredients are in Cuban, Peruvian, and Latin Individually-Packaged Meals?