How to Celebrate Thanksgiving in the Office 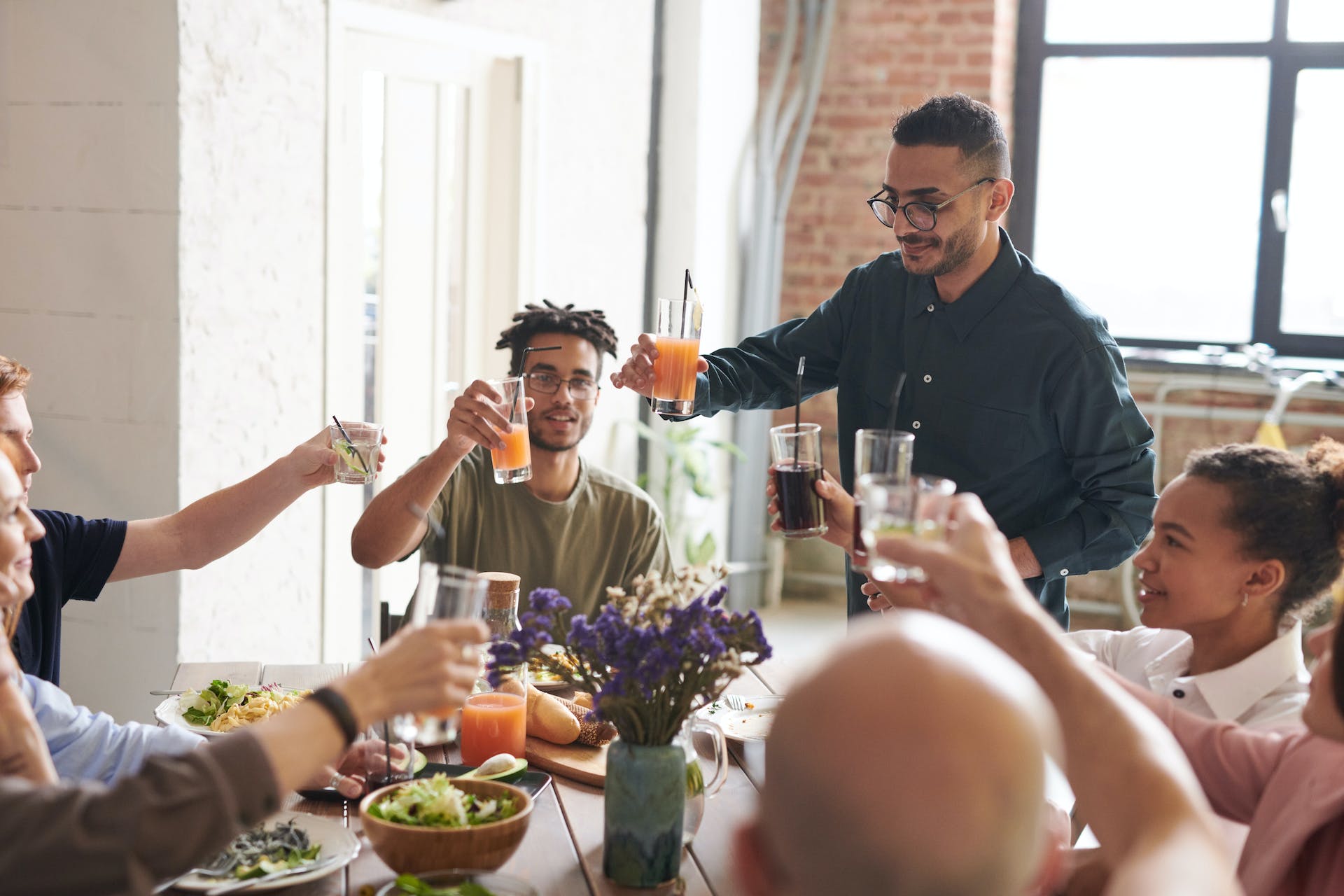 Thanksgiving signals the beginning of another holiday season and gives us all an opportunity to think about what we were grateful for in the past year. For many companies, it’s a chance to remind their employees that they have appreciated their contributions. A 2018 survey by Plansponsor found that over 70% of their readers received Thanksgiving and the day after off from work but others detailed additional benefits, such as heading home early the Wednesday before, participation in a charity effort and in some cases, an actual turkey! Is Thanksgiving really something celebrated in the office? It sure can be. 12.8% of respondents noted that they participated in an office potluck. And a Careerbuilder survey found that in some cities up to 44% of workers spent time with coworkers in or out of the office for the holiday. But before you get started on your grandma’s famous stuffing recipe, here are some tips for how to celebrate Thanksgiving in the office.

Feast on Something Special

With the holiday season right around the corner, many companies are sharing their gratitude to the team's hard work by having a Thanksgiving office celebration. During the weeks leading up to actual Thanksgiving, you're already busy trying to wrap up work before the end of the year (and if you're planning a holiday party and other festivities, oh boy, we know that's a lot to handle). Finding reliable office catering to celebrate Thanksgiving can be a stressful challenge! CaterCow is here to make your life easier. You can order gobble-licious catering packages of turkey, ham, and the full spread of sides like stuffing, mac & cheese, mashed potatoes, and roasted veggies. Or, you can order a potluck starter kit of just the centerpiece bird (or ham) and let everyone else on the team contribute to sides and dessert. You can request the turkey be left whole or carved. You can request a buffet style meal or individually-packaged meal boxes for COVID safety reasons. And if you don't want to deal with the hassle of a real meal, you can order dessert pies (the seasonal favorites are pumpkin, pecan, and apple)! With a wide range of menu options available, you can find something to please everyone, even those who might be tuckered out on turkey! You can also filter orders by food type, minority-owned businesses and more. CaterCow makes it easy to share a meal together, no matter the size of your office celebration.

Thanksgiving Through the Years

The history of Thanksgiving dates back to 1621, when the Plymouth colonists and the Wampanoag shared an autumn harvest feast. This is considered one of the first Thanksgiving celebrations held in the colonies.

The first Thanksgiving proclamation by the national government of the United States was issued by George Washington in 1789. In it, he called upon Americans to express their gratitude for the successful conclusion to the country’s war of independence and the ratification of the U.S. Constitution. His successors John Adams and James Madison also designated days of thanksgiving each year.

In 1817, New York became the first state to officially adopt an annual Thanksgiving holiday; however, each state celebrated it on a different day. The American South remained largely unfamiliar with the tradition until later years.

Sarah Josepha Hale is best known for her 36-year campaign to establish Thanksgiving as a national holiday. Through her editorials and letters to governors, senators, presidents and other politicians, she became known as the "Mother of Thanksgiving." Her efforts finally paid off when President Abraham Lincoln declared Thanksgiving a national holiday in 1863.
Originally, the holiday was held on the last Thursday of November, but in 1939, Franklin D. Roosevelt moved the date up a week in an attempt to encourage more retail sales during the Great Depression. This plan was met with strong opposition from many people, and in 1941, Roosevelt reluctantly signed a bill making Thanksgiving the fourth Thursday of November where it has been ever since.

Thanksgiving at the Office

Most workers are just looking forward to time off for the holiday season and short week at the office but there’s no reason you can’t use that time to express gratitude for them. Keep these things in mind as you plan the festivities.

Keep participation optional - Although many people enjoy celebrating Thanksgiving with their family and friends, there are some who may not want to participate at the office for various reasons. However, you can probably increase participation by offering a perk that everyone will love - read on for more information.**

Inclusivity is the name of the game** - If someone doesn’t want to participate in the office gathering, they shouldn’t be left completely empty handed. Another small showing of gratitude and appreciation will go a long way to showing that your company does not believe in a “one size fits all” form of appreciation.

Give Back to Your Community

Encouraging employees to volunteer in their communities, such as at a local food bank or community garden, can have numerous benefits for both the employees and the businesses they work for. A study by UnitedHealthcare found that employees who volunteer through work often report feeling better about their employer and stronger bonds with co-workers.

There are various ways employers can support employee volunteering, such as providing information and resources for volunteer activities, or offering paid time off and other recognition for employees who give their time and skills to help out in the community. According to SHRM's 2019 Employee Benefits Survey, 26% of employers offer paid time off for volunteering.

It might seem a little silly but studies have shown that workers like to be recognized for their work. Have department heads take some time out of their day to make handwritten thank you notes for their direct employees.

If they can call out a specific project, that’s even better! But just the act of doing more than the bare minimum in creating a unique card will go a long way to improving the mood around the office even with such a small gesture.

Decorate for Thanksgiving and Fall

Now your office might have this covered because of Halloween but Thanksgiving is a great opportunity to take down some of those darker decorations and embrace the colorful Fall foliage.

You can even offer prizes for the most uniquely decorated work spaces!

Sometimes the easiest way to engage with your employees is to let them go home a little bit early. With so many businesses closing early due to the holiday, the work day is likely to be a little less busy than usual anyway. Allowing folks to head home early helps them get a head start on their cooking for Thanksgiving, deal with abnormal school schedules for their kids or even just get a little bit of rest. That’s something that can never be underrated.

Find Catering For Your Team

Volunteer at a local organization 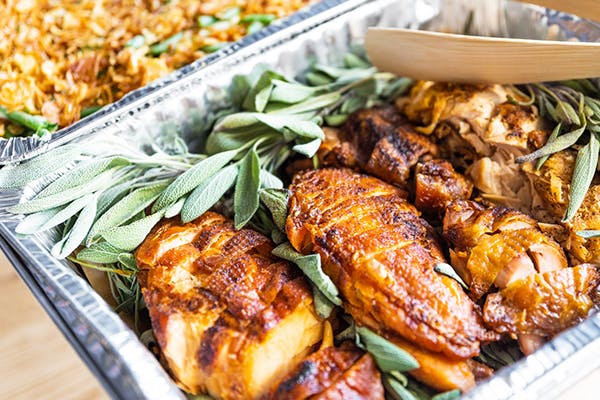