Mexican tamales have a long and rich history dating back to the ancient Aztec and Mayan civilizations. These indigenous peoples of Central and South America would wrap ground corn dough around a filling made of meat, vegetables, or fruit and then steam it in a corn husk or banana leaf. This simple yet delicious dish was an important part of their diet and was often served at festivals and religious ceremonies. As the tradition of making tamales spread to other parts of the Americas, it was embraced by Spanish settlers and later by Mexican immigrants. Today, tamales are a beloved and integral part of Mexican cuisine, with each region having its own unique variations and fillings. In the state of Oaxaca, for example, black mole sauce is often used as a filling, while in the Yucatán Peninsula, a popular filling is made from shredded chicken and achiote paste. One of the most interesting things about Mexican tamales is the way they are prepared. The process can be time-consuming and labor-intensive, but it is also a social activity that brings people together. In many families, the making of tamales is a communal event where friends and family members gather to share stories, laughter, and delicious food.

If you're in need of tasty and effortless catering for your next event, CaterCow has you covered. Our Mexican tamale options are sure to please all of your guests, and our convenient ordering process makes event planning a breeze. We can accommodate events of any size, from small meetings to large office parties! 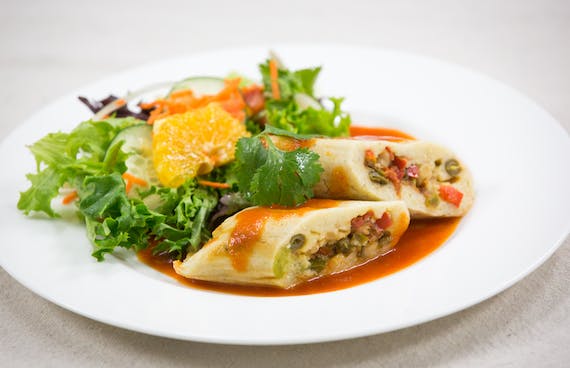 Tamales are a great option for many events because they can cater to all types of tastebuds and dietary restrictions! Typically, a restaurant will consider two tamales a full portion for any guest so they will deliver twice your headcount in tamales. 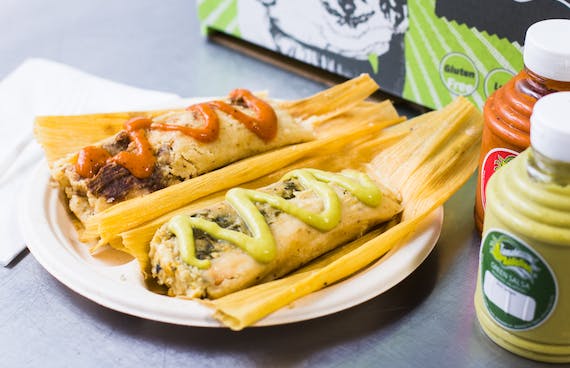 Absolutely! Most tamales are made with corn flour but if you aren't sure, you can just look for the "GF" indicator next to each item. If it's there, the item is gluten-free. 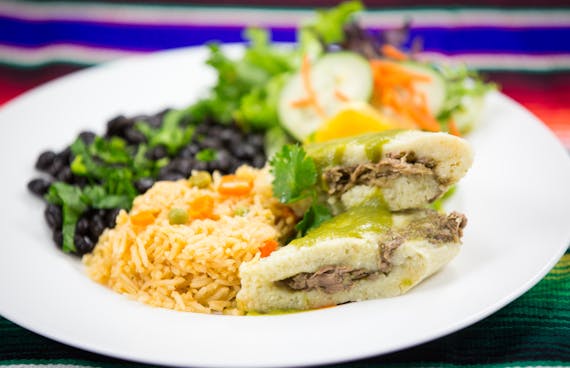 For buffet-style catering, it is recommended to order for more people than your headcount to ensure that there is enough food for everyone. This is because some people in line before you may take more food than they mean to, and you may want to have extra buffet-style sides just in case. It is also important to note that what constitutes a "full portion" can vary from person to person.

...more Popular sides for Mexican tamales include rice and beans, sope and chips with salsa and guacamole.

Are there vegan and vegetarian options for Mexican Tamales Platters?

...more Yes! Tamales can be filled with many different varieties of ingredients that will easily make them satisfying vegan or vegetarian options such as nopales, beans and even pumpkin!

I don't know some of these words. What are "nopales" and "mole?"

...more Nopales are the pads of the prickly pear cactus, which are edible and commonly used in Mexican cuisine. They have a slightly sour and slightly sweet flavor and are often used in salads, grilled, or made into a sauce. Mole sauce is a traditional Mexican sauce made from a blend of chilies, spices, nuts, and other ingredients. There are many different types of mole sauce, each with its own unique blend of ingredients and flavor profile.

What ingredients are in Mexican Tamales Platters?