9 Reasons Why You Should Skip Office Potlucks (and 3 Alternatives) 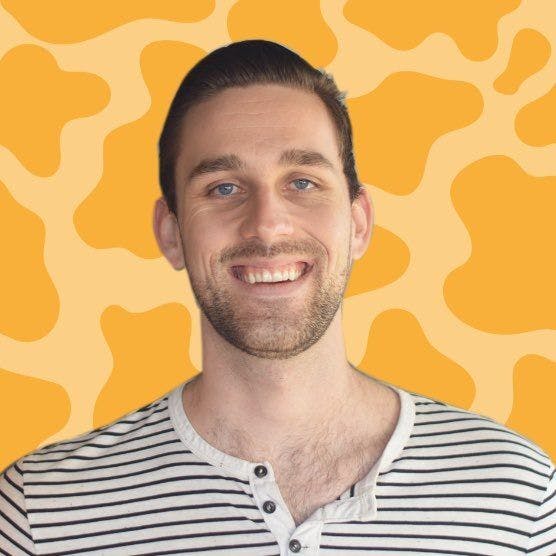 Dreaded by many, loved by some, the office potluck is a historic tradition. We all have a potluck story. One friend told me about a Halloween-themed potluck where the dishes had spooky names like bite-sized eyeballs and ghouly gingerbread. One dish was labeled, “deep fried fetus.”

Employees thought the dish was some form of dumplings, but it was actually balut - a literal deep fried fetus. Some attendees did not appreciate the humor. This is just one example of how office potlucks can go wrong.

We’ve compiled 9 reasons why the office potluck should go the route of handshakes and paper menus, casualties of COVID-19.

The first problem with the office potluck is the ambiguity. Consider the unanswered questions at every potluck.

Office managers can address these issues with a Potluck Manifesto, perhaps a medieval-themed scroll clipped to the office fridge. Ultimately, these issues become a burden to manage and cause unnecessary tension.

The office chows down on the labor of love brought in by their trusted co-workers.

However it turns out that Charlie used home-canned potatoes for his potato salad, and there’s an outbreak of Botulism. More than twenty people are sent to the hospital...Residents of Lancaster, Ohio faced this exact scenario in 2015 following a church potluck.

It’s an extreme example but should employees be put into the position of trusting their coworkers with food safety protocols or being labeled rude for turning down food? It's an unnecessary risk, especially with COVID, when there are safer alternatives for sharing a meal.

Aside from food-borne illnesses, do we really trust coworkers to follow safety guidelines and protocols in their own kitchen? There’s no way to monitor or track cleanliness. Employees risk general sickness, food allergies, and more if their co-workers fail to wash, handle and prepare food properly.

As diversity, inclusion, and equity initiatives become more popular, the office potluck is on the hot seat. These workplace scenarios can make people uncomfortable or rub people the wrong way. Certain people might not be comfortable eating their coworker’s prepared food. They might not want to feel judgment when they bring in a dish traditional to their culture and heritage.

Given that teams can share meals safely without risking any awkwardness, it makes sense to stray away from the ordeal entirely.

Potlucks are sold as community events despite not being accessible to all. Think about those with disabilities, instead of ordering from a restaurant where they know what to expect and how to make it manageable — they’re thrown into a situation where food might be difficult to eat, or not labeled appropriately.

Additionally those with special diets such as celiac are forced to put their business out there and risk sounding difficult.

Another basic but practical reason to avoid potlucks is the unpredictability. What if someone overcooks a dish or forgets their food at home? Lunch schedules are thrown off. It might not seem like a big deal, but one bad lunch can throw off someone’s week.

7) Why are we asking employees to cook?

Zoom out and take a look at the idea of a potluck.

Employees, people paid by a company to perform a job, are asked to cook and feed themselves collectively? Is the office potluck a trojan horse developed by corporate America to keep lunch costs off the books? Not necessarily, but you get the point.

In 2019, a woman live tweeted a saga involving her co-worker and a bag of raw chicken wings. The aspirational coworker brought in his own deep fryer for on-site preparation. Needless to say the documentarian was not satisfied with her co-worker’s prep process.

The ordeal went viral and started the potluck discourse once again. Another example of the unnecessary level of trust that potlucks force on employees.

Speaking strictly logically, potlucks are a mess. Office fridges are not known to be well-organized. Rarely do people have access to restaurant-level storage space.

Even a well-kept fridge will shutter when it sees the army of Tupperware heading its way. And we haven’t even covered the cleaning factor!

The pandemic hit the restaurant business hard. According to the National Restaurant Association, $80 billion in sales were lost by the end of April 2020, and millions of employees were laid off or furloughed. The industry has made strides but it’s still not what it was. Small business owners and workers need local support. Ordering from local restaurants, especially catering orders, has an impact.

A quick and easy alternative to the office potluck is ordering from local restaurants on CaterCow. Not only does your team avoid the risks associated with potlucks, employees can enjoy individually-wrapped meals or family-style meals from local restaurants. Send out a link of the menu to the team and you're a few clicks away from bonding over a shared meal.

Alternative #2 — Volunteer Together at a Soup Kitchen

Maybe your company has a long standing tradition of the office potluck without any documented sickness or drama. There’s a way to connect over food without the risk. Volunteer at a local soup kitchen, meals on wheels, or meal service for those in need. This allows employees to connect over food in a more meaningful way to the community.

If you cannot do away with the office potluck without causing riots and an office coup, a safer alternative is to have a contest with no more than 3 to 5 employees. This way it’s easier to set expectations and guidelines for food safety. And as the cooks are volunteers, they are sure to be experienced and will deliver something that will be enjoyed by all.