How to Celebrate Cinco de Mayo in the Office 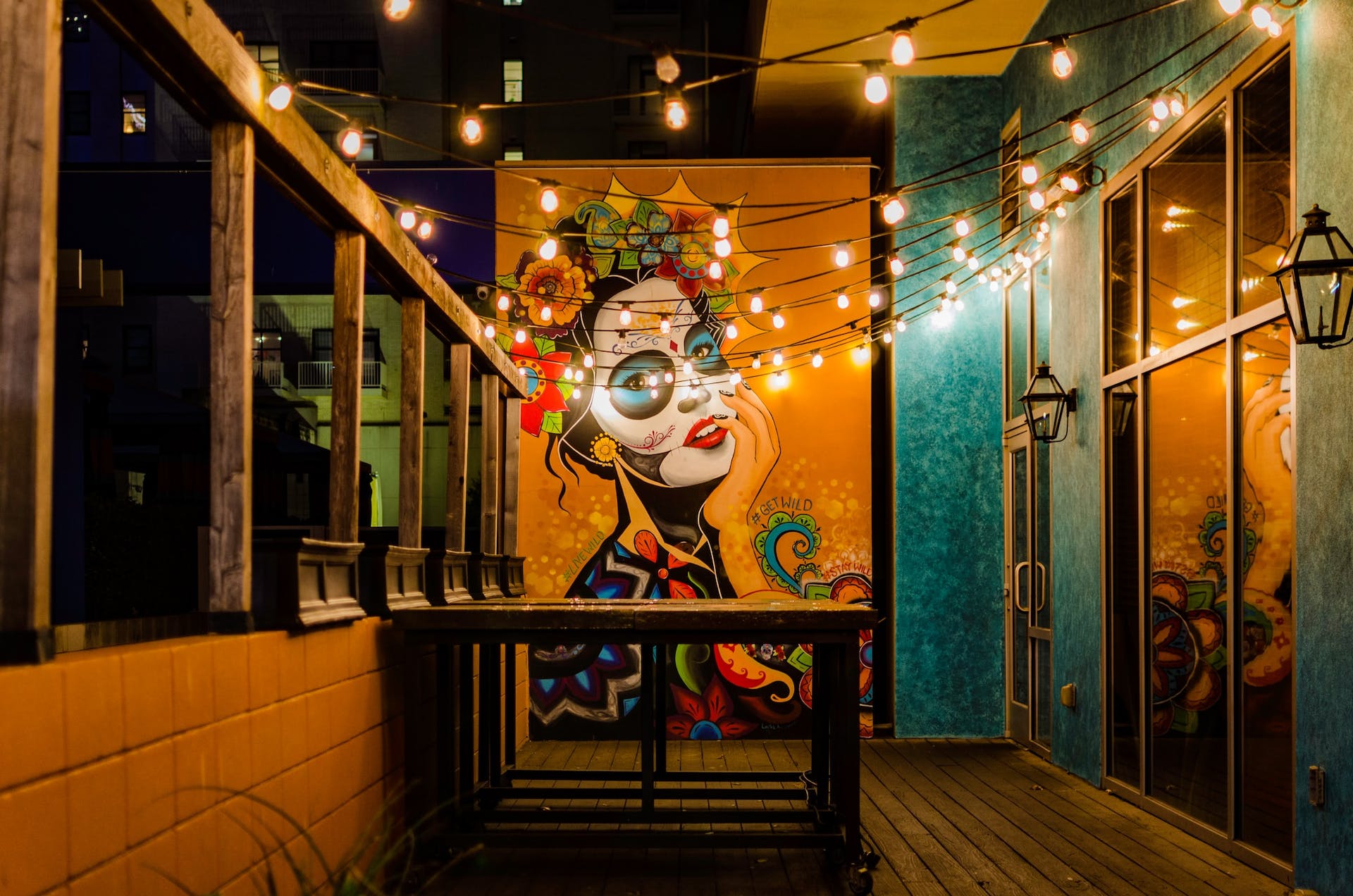 On May 5, 1862, General Ignacio Zaragoza led a smaller, less-equipped army of Mexican nationals over a larger, well-armed French army. It’s known as the Battle of Puebla, and started the holiday known as Cinco de Mayo. The battle was not hugely significant for the overall war, but the story of resilience signified a powerful meaning for Mexico, and especially in Puebla. Over time In the United States, Cinco de Mayo has taken on new life fueled by Big Beer and the American tradition of commercialism. The holiday competes with Fourth of July and Memorial Day as the biggest beer-drinking holidays of the year. While Cinco de Mayo is a reason to drink good drinks and eat great food (context optional), that doesn’t mean you can’t plan a respectful yet fun celebration at the office. Here’s our list of Cinco de Mayo office ideas, and as a bonus, what not to do as well!

Cinco De Mayo provides an awesome opportunity for office catering all-day long. Order some breakfast tacos from a local Mexican restaurant. Or a lunch spread featuring a taco bar with guacamole, tortas, and tamales. If you need to be Covid conscious, you can order individually-packaged taco boxes and burritos. If you’re feeling more adventurous and want to stay away from the classic Tex Mex, try traditional Mexican dishes like mole poblano (fun fact, also originated from Puebla!), pipian, cochinita pibil, and chile en nogada. They’re less popular in the US than your Chipotle-esque cuisine, but just as delicious! Who knows, you may find a new favorite! CaterCow features highly vetted and individually wrapped meals from local restaurants. Prepare a spread for the entire office with a few clicks.

Mexico has a rich history of art, design, and style. Decorate the office with bright colors, especially those of the Mexican flag: white, red and green.

One way to decorate with traditional means is to make or buy alebrijes. These wooden or clay figures represent fantasy creatures and mythical animals. Alebrijes are an ideal way to honor the culture and spread awareness about Mexico’s rich history of art.

Another idea for traditional decor is paper flowers. These crafts date back to the 16th century, and are usually made to resemble native flowers such as Dahlia, Cempasuchil (AKA flower of the dead), Alcatraz, Rosa, Girasol, and Noche Buena. Set up a DIY craft table or order some decorations from a local artist on Etsy or Ebay.

While margaritas are considered the quintessential Mexican cocktail, this tradition is more commercial and less historic. That doesn’t make them any less tasty. There are several origin stories involving the margarita, spanning the 1930’s and 1940’s. But it’s likely to have been invented on Mexican soil in Tijuana or Juarez.

Create some margaritas or mocktails. These can be made with limeade, orange juice, simple syrup, club soda and other ingredients. Everyone can add their own twist so it makes for an engaging, and refreshing activity.

You might want to skip the swinging stick portion of a piñata ceremony, but there are several other ways to honor this tradition.

Make mini piñatas using paper cups, tissue paper and ribbon. These make for creative desk decorations that are good for year-round use.

You can also follow Post-It’s guide to make a sticky note piñata. The creation can serve as an office candy bowl or feature supportive messages to colleagues. 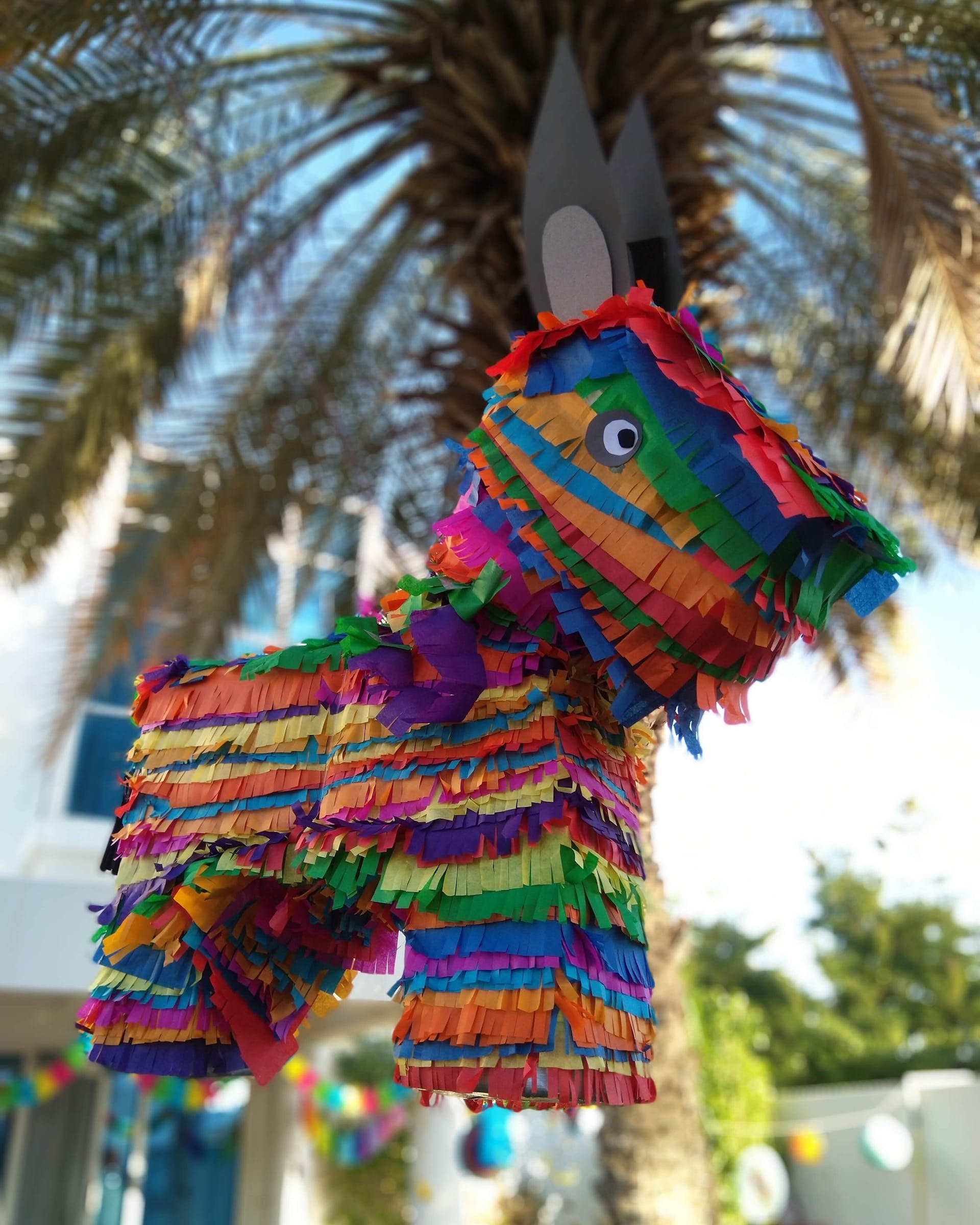 Set up a trivia competition that will inform and engage. Questions can range from historic facts about Mexico, historical figures, exports, sports, and more. Use Jeopardy Labs to set up a Jeopardy-style format or break into teams and have a bracket-style competition.

At the very least, you’ll make sure no one in the office claims to be celebrating Mexican independence day that night (it’s actually September 16).

If you’ve had the privilege of working with a Mexican-American co-worker, you’ve likely heard about the joy that is Lotería. The game is similar to bingo but with more attitude, personality and fun.

Loteria, available within the Google Doodle Archive, replaces bingo numbers and letters with traditional characters, objects, plants, animals, and concepts. Each player is given a unique playing surface, and a random card is selected. Players use beans, or whatever is available to mark their playing surface. Whoever gets the matching pattern for that round wins - IF they shout ¡Buena!" or "¡Lotería!"

If you need to plan a virtual activity, consider a group web surfing session. Similar to the idea of a virtual pub crawl, jump on a Zoom and grab a libation. You can then run through a list of fascinating destinations around the web. The shared experience dynamic makes the activity less awkward than traditional “virtual happy hours.”

Mexico is a hotbed for peppers. The word chili is derived from Nahuatl, an Aztec language and chili peppers were first cultivated in Mexico after originating in Bolivia.

Celebrate this history with a pepper-eating contest or a sample platter. It’s wise to avoid any peppers that are potentially dangerous such as Carolina Reaper or Ghost peppers. In addition to popular peppers like jalapeno and serrano, other regional favorites include chiles de arbol, cascabels, moritas, and more.

Choose a range of flavors and enjoy the spice.

Given that many Americans refer to Cinco de Mayo as “Cinco de Drinko” and spend little time learning about history and heritage, it’s worthwhile to research ways to get involved and make an impact.

The League of United Latin American Citizens (LULAC) is the largest and oldest Hispanic organization in the United State with more than 1,000 councils worldwide.

Border Angles is a human rights group that works to reduce deaths along the US-Mexico using water drops and other services.

Any activity or group fundraising exercise to support these organizations is a worthy way to celebrate Cinco de Mayo.

Cinco de Mayo celebrations are not complete without a healthy, albeit awkward, conversation about cultural appropriation and respect.

There’s no reason to avoid a celebration all together, especially if it involves learning the history, patronizing local, minority-owned businesses, and honoring another culture.

One potential thing to avoid is dressing up in traditional Mexican garb, i.e. sombreros, serapes and huipils. Despite the intention, wearing this clothing may run the risk of being disrespectful nowadays.

Organize a tequila tasting Tequila tastings are a great way to get to know your coworkers outside of the office. You can get a bunch of tequilas and set up tasting stations with limes, salt, and maybe some jalapeños

Make "Papel Picado" Papel Picado is a traditional Mexican decoration made from paper cut into intricate shapes and hung from strings to create a sense of festivity. Make Papel Picado with your coworkers to get them involved in the office holiday spirit and have a good time while you’re at it.

Learn how to make Mole Mole is a great meal because it’s easy to make, it’s not too spicy, and it’s delicious. The name “Mole” comes from the Aztec word for sauce. It typically contains chocolate, chili peppers, onion, garlic, and a bunch of other ingredients.